I built an application to help figure out my budget. It used Go, Docker, Angular and MongoDB. For now. I plan on making it a site that everyone can use since it helped me see the light to the end of my bills tunnel!

I'm a software developer, which, if it's not your first time here, or you know me in real life, then you know this. If I have a problem which can be solved with software, I write software. I was having a hard time keeping track of my money, and like, being able to project when hard times will not be hard. So I made a thing. I named it "ABIDE" due to the 5 things it tracks, namely, in correct order, "adjustments", "balances", "incomes", "debts", and "expenses". It's a very simple app, you enter in the data, and then it computes out as far out as you want to go. I've gone as far into the future as my projected retirement year, 2045.

Currently it's not open sourced, but it's on github and I'll just have to flip the private repo to public.

The premise is easy. Enter data, compute data. Occasionally enter in updated amounts since you can't necessarily track every single dollar in your life. Here are a bunch of screenshots that show it in action. 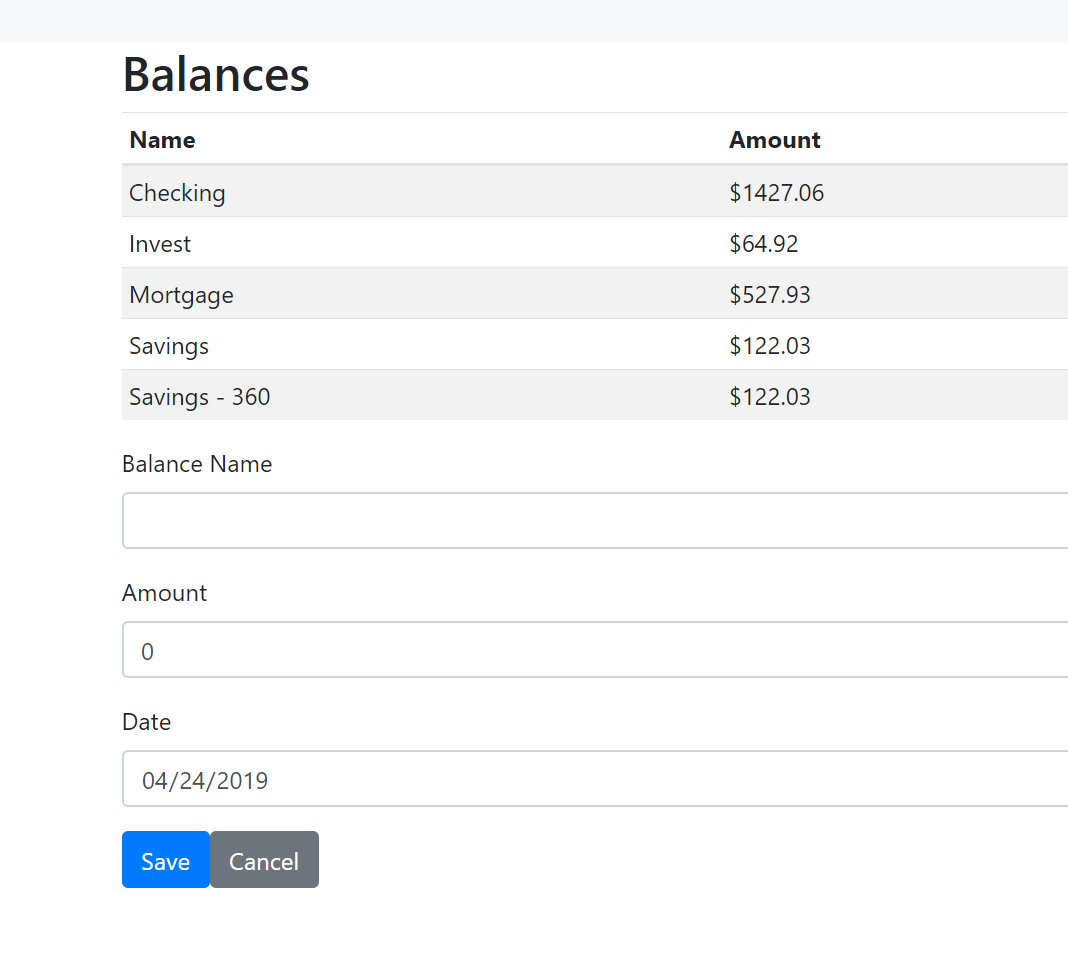 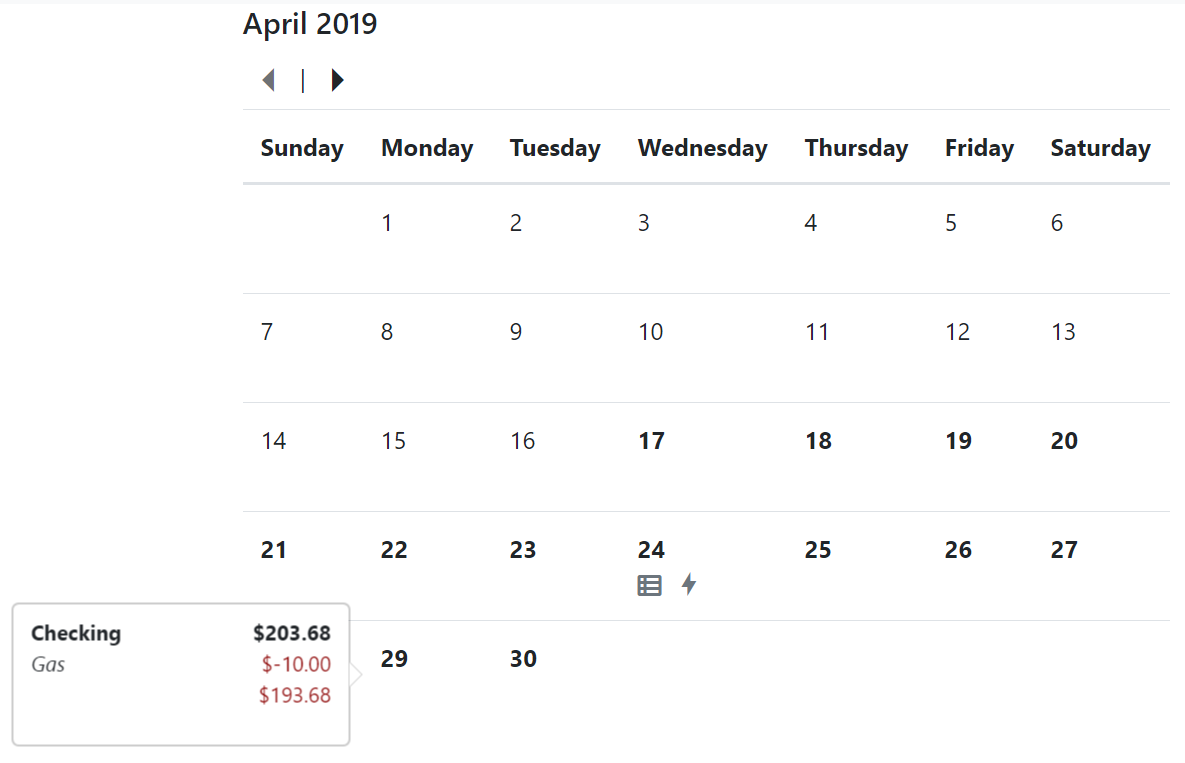 Reconcile, which is to update the calendar with actual amounts, without actually modifying your past numbers. Although you can still do that. 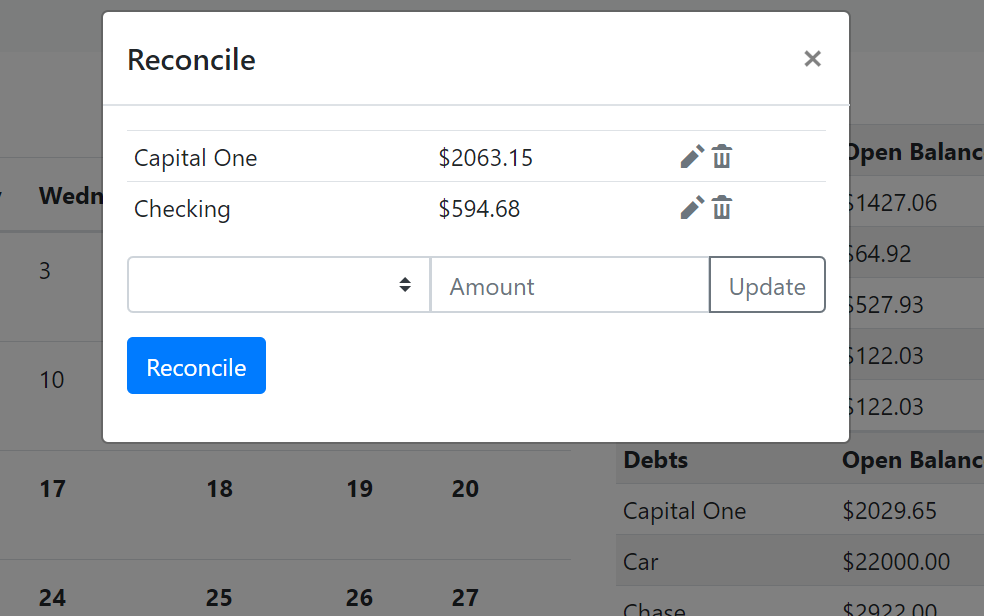 And the month summary will tell you the starting and ending amounts for each of your balances.

The project uses docker, and a MongoDB container, so your data is stored in the container, and containers can get wiped. So it's a good idea to grab a backup occasionally if you have changed the data! With the data transfer, you can import and export data. 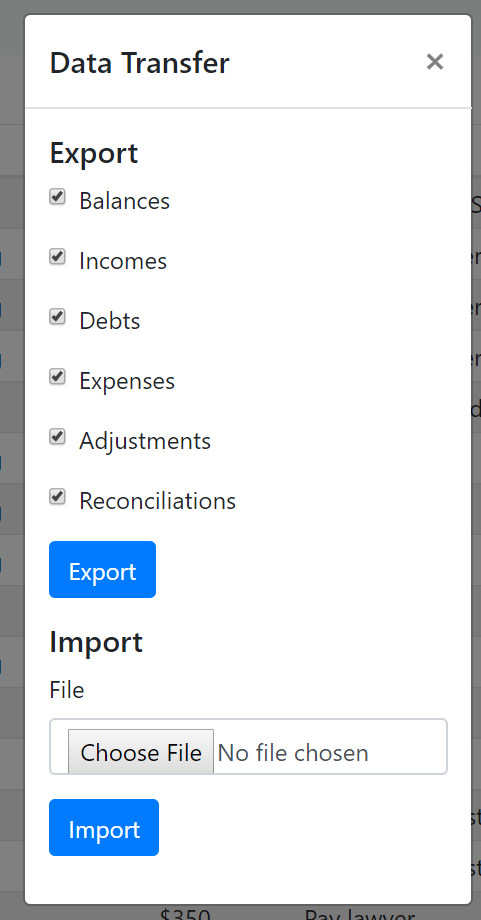 I will have more later, but for now, it's helping me a lot!  It's written in Go and Angular 7 as well as using MongoDB. 3 containers are spun up with docker-compose. Both the Go service and the website are multi-stage builds. It's neat. Code to come! Here's the docker compose file. 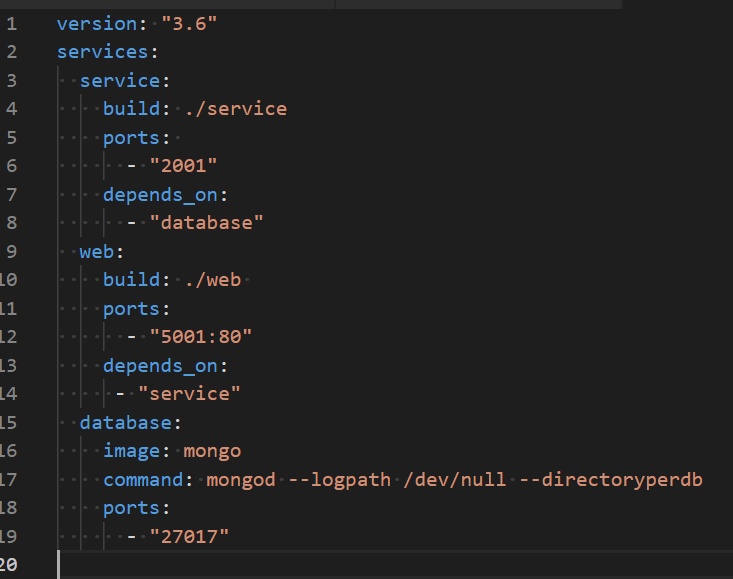 It's not the best Angular. I was getting really lazy with it :P Anyway, check back soon, or hit me up on twitter or something (above) if you want to use it, I can send you the latest.